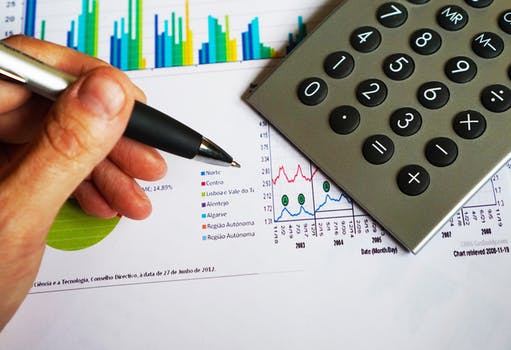 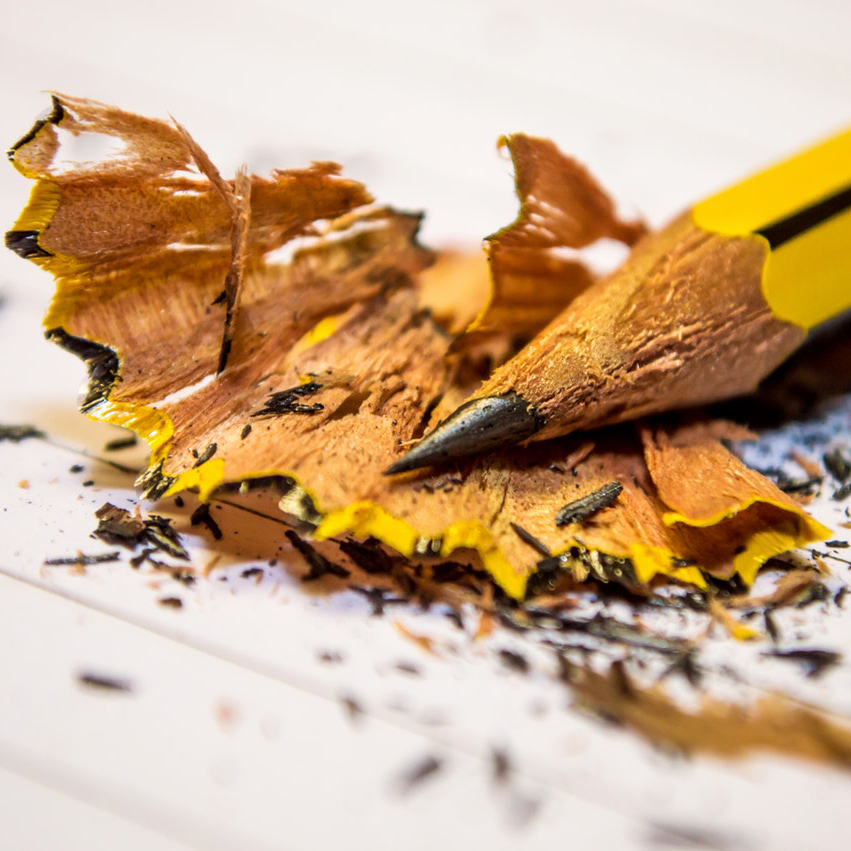 The many faces of self-employment in Europe

While the Europe 2020 strategy actively promotes entrepreneurial self-employment as a means to create good jobs, policy makers at national and EU level are actively looking at better social protection for self-employed workers. Understanding this paradox requires looking beyond the ‘self-employed’ label and acknowledging it as an umbrella term covering a widely differing group of workers.

A new study by Eurofound shows that while some self-employed live up to the image of the entrepreneurial, independent workers who decide for themselves when and how to work, others are less fortunate and are stuck in precarious and dependent work situations.

Eurofound’s European Working Conditions Survey (EWCS) shows that for one in five self-employed workers, self-employment was the only viable option as there were no other work alternatives. This is important because, as a recent study commissioned by the European Parliament shows, the likelihood of ending up in precarious employment is higher for those who did not choose to become self-employed. The biggest concern for these workers is lack of social protection, as acknowledged by the European Pillar of Social Rights which advocates the right to fair and equal treatment regarding working conditions, access to social protection and training, regardless of the type of employment relationship.

We use data from the EWCS to cluster the self-employed into groups with broadly common characteristics. The results show that in terms of their working conditions, the self-employed can be roughly divided into five distinct groups. 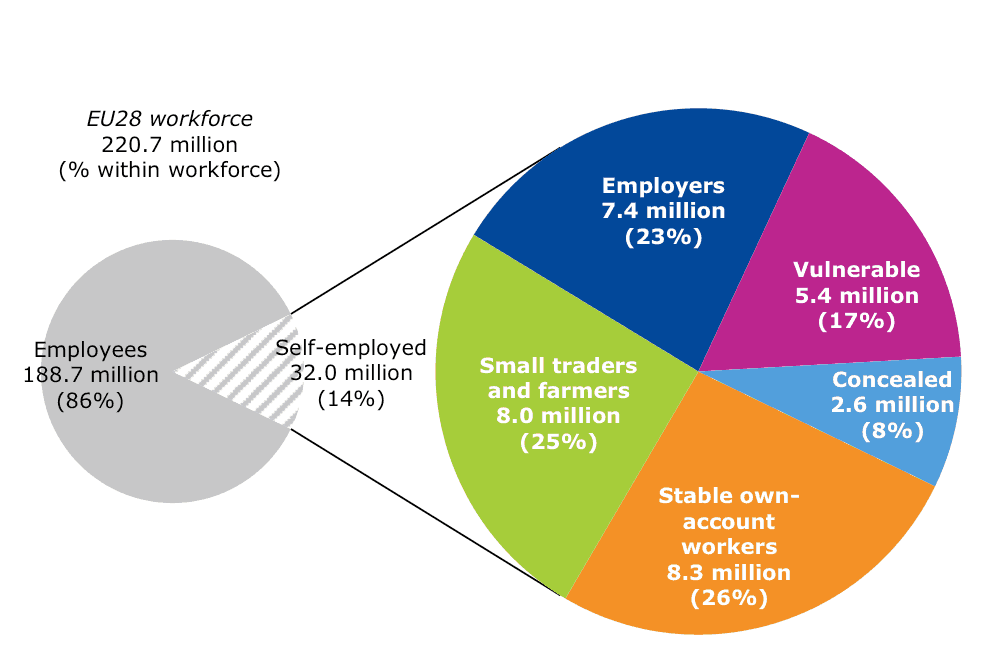 The opposite is the case for one in four self-employed labelled ‘vulnerable’ and ‘concealed’ –representing together roughly the size of Austria’s population. These are the self-employed the European Pillar of Social Rights seeks to protect as they generally are in more precarious situations, with lower levels of income and job security, more dependent and with less working autonomy. They experience, overall, unfavourable working conditions and this seems to correspond to lower levels of health and wellbeing. Both the ‘vulnerable’ and ‘concealed’ in some respects resemble employees as they are more likely to depend on one client only (especially the ‘vulnerable’) and have less autonomy (especially the ‘concealed’).

The picture is more mixed for the cluster labelled ‘small traders and farmers’, combining both favourable and unfavourable working conditions. They tend to be economically independent and work autonomously, but find it hard to do their job. More than 70 percent work six or seven days a week and find it difficult to take time off. Like the ‘vulnerable’ and ‘concealed’ their health, well-being and job satisfaction is lower than for the ‘employers’ and ‘stable own-account workers’.

Between The Legal Cracks

Approaches to dealing with the ‘in-between’ category of workers – formally self-employed but in practice employee – vary as well. Some have categorised economic dependence as abuse of the self-employment status and have introduced legal definitions to identify and combat bogus self-employment. In Italy, for example, the self-employment contract is deemed unlawful when the relationship with the client lasts a long time, remuneration covers most of the worker’s income and s/he actually works at the client’s premises.

Others have clarified the criteria for determining employment status in an attempt to reduce ambiguity: Belgium considers subordination and autonomy at work as criteria for distinguishing between the two. Spain uses similar criteria to classify workers in a completely different ‘third’ status called the ‘dependent autonomous workers’ or ‘trabajadores autónomos económicamente dependientes’, with a set of workers’ rights and obligations. Others use a hybrid approach, as in Austria where ‘free service contractors’ or ‘freie Dienstnehmer’ are considered employees for social security purposes and self-employed for tax purposes.

What can we take away from this? Our analysis of the EWCS shows the self-employed in Europe are a very heterogeneous group and no one-size-fits-all solution exists. For some, self-employment is an opportunity to grow a business and create jobs or have a better work-life balance. This should be facilitated. Others may be confronted with the worst of both worlds by risking economic dependency and precariousness while not being covered in social protection systems. These workers deserve a response from policy makers.

Mathijn Wilkens is a research officer at Eurofound. He joined in 2015 and works on projects about job quality and its effects on health and well-being, often using the European Working Conditions Survey. He was previously a researcher in the Netherlands focussing on labour, income and social policy.

A propos de Guest Editor
NextConomy provides space for authors who want to post an article on NextConomy. The name and function of these editors are listed under the article. Voir tous les articles de Guest Editor 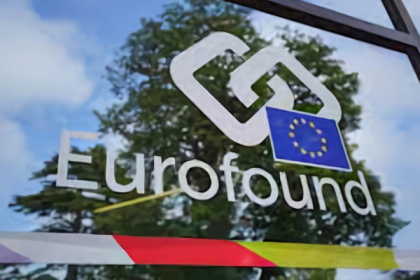 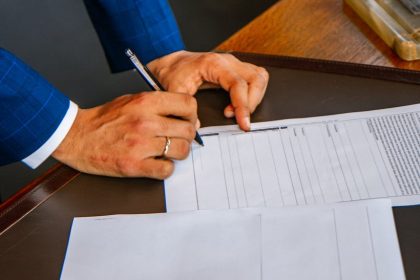 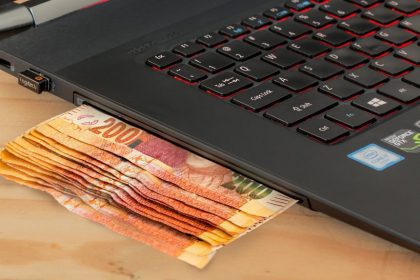